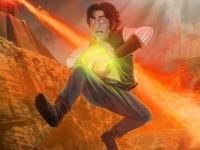 82%
Instructions
How to Play?

This is a HTML5 version of the classic tower defense game, now with mobile devices support. Protect your gems from being stolen by good heroes in this classic tower defense game. Play the bad guy - a ruthless Overlord with the combined might of orcs, undead, and demons at your command. Set your defenses and destroy the heroes, always keeping one thing in mind: Don't Touch My Gems! Cursed Treasure is an wonderful game from our lengthy game listing in friv10000.com. With Cursed Treasure, we've got a large list of Friv 10000 games to have fun playing with.

Use Left Mouse button to Place a tower,